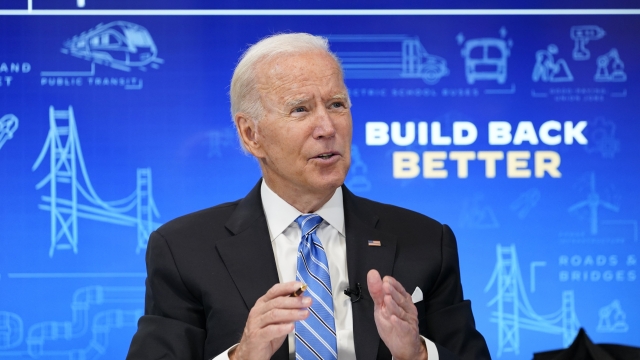 Today, President Biden will continue to drum up support for his $3.5 trillion dollar "human infrastructure" plan. The White House says he'll speak about how it will lower the cost of prescription drugs.

The president touted his "Build Back Better" agenda yesterday, hours after the Senate passed a budget resolution, kicking off the process for drafting and passing it in a party-line vote.

"We need to make this economy work better for working families in the long run," Biden said. "These challenges were with us long before the pandemic and before I took office, but as we recover from this crisis, now is the moment to put in place the long term plan to build back America better." 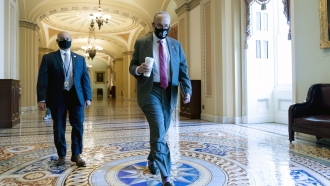 No Republicans are expected to support the plan and it's unclear whether it'll get the backing of all Senate Democrats, which is necessary to get it passed. Democratic Senators Krysten Sinema and Joe Manchin don't support the current cost.

Yesterday, Manchin said he has "serious concerns about the grave consequences" of spending that much money. But President Biden has argued this long term investment will be fully paid for by raising taxes on the wealthy and corporations.

He said it will enable middle and working class families to get ahead by lowering their cost of living and addressing factors that keep people out of the workforce.

"If your primary concern right now is the cost of living, you should support this plan, not oppose it," Biden said. "Because a vote against this plan is a vote against lowering the cost of health care, housing, child care, elder care and prescription drugs for American families."

Senate Majority Leader Chuck Schumer acknowledged the hardest work may be yet to come in order to get all 50 Democrats to support expanding the social safety net.

He said committee chairs will meet with their members at least once a week during their month-long recess. Schumer wants the bill drafted by September 15.

"We all need to be unified and everyone knows that," Schumer said. "So that doesn't mean people don't fight for their beliefs, but at the end of the day we have to come together. Thus far we have. Is it going to be easy on reconciliation? Absolutely not, but if past is prologue we've got a change, a good decent chance."

House Speaker Nancy Pelosi faces a similar challenge since she can only afford to lose a handful of votes from her caucus. The House is expected to return from its recess early on August 23 to vote on the budget resolution that the senate passed earlier this week.