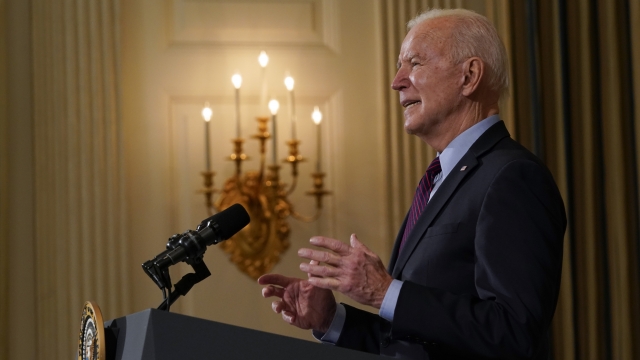 SMS
President Biden's Focus Is On Pandemic, Not Impeachment Trial
By Newsy Staff
By Newsy Staff
February 10, 2021
Press Secretary Jen Psaki said the president won't give his opinion on the back-and-forth in the Senate.
SHOW TRANSCRIPT

While many Americans will be watching the impeachment proceedings closely, the White House says President Biden won't be one of them.

Press Sec. Jen Psaki said, "They're certainly going to be a lot of attention and focus on it, but our focus – and the president's focus – is on putting people back to work, getting the pandemic under control. And that means we're not going to weigh in on every question about the impeachment trial. And we don't feel it's necessary or our role to do that."

The White House says President Biden is too busy to continuously watch the trial.

Press Sec. Jen Psaki said the president won't give his opinion on the back-and-forth in the Senate.