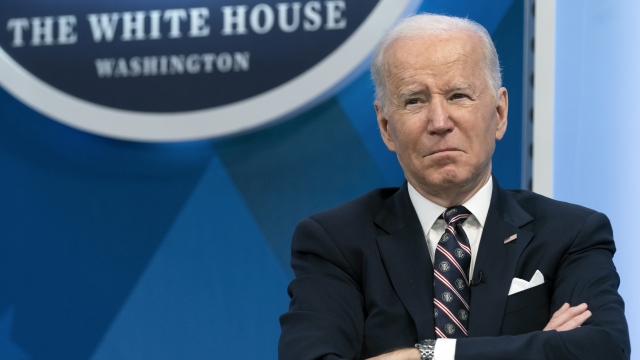 President Joe Biden is honing in on his choice to replace Justice Stephen Breyer on the Supreme Court, with his end-of-month deadline just days away.

"I can tell you that the president has not made a decision yet, but we remain on track for him to make a decision and make an announcement before the end of the month," White House press secretary Jen Psaki said.

President Biden has reportedly interviewed at least three candidates. Each would make history by becoming the first Black woman ever nominated to the nation's highest court.

One potential nominee is Ketanji Brown Jackson, a former clerk for Justice Breyer. She now sits on the D.C. Circuit Court of Appeals, considered by many to be the second highest court in the nation.

Jackson attended Harvard Law and served as a federal public defender in Washington, D.C., from 2005 to 2007.

"That's important because she will understand the other side of prosecuting people, because those were her clients," said Judith Browne Dianis, executive director of the Advancement Project.

Next is Judge J. Michelle Childs, who sits on the South Carolina district court.

She attended law school at the University of South Carolina, setting her apart from a list of Ivy League graduates.

Childs is the only potential nominee the White House has publicly acknowledged is under consideration, and she has earned bipartisan support from lawmakers, including Republican Senator Lindsey Graham of South Carolina.

"She has wide support in our state," Sen. Graham said. "She's considered to be a fair-minded, highly gifted jurist. She's one of the most decent people I've ever met. It would be good for the court to have somebody who’s not at Harvard or Yale."

She later became the first Black woman to serve as principal deputy solicitor general of the United States during the Obama administration, arguing 12 cases in front of the Supreme Court.

President Biden has pledged to announce his nominee by the end of the month.