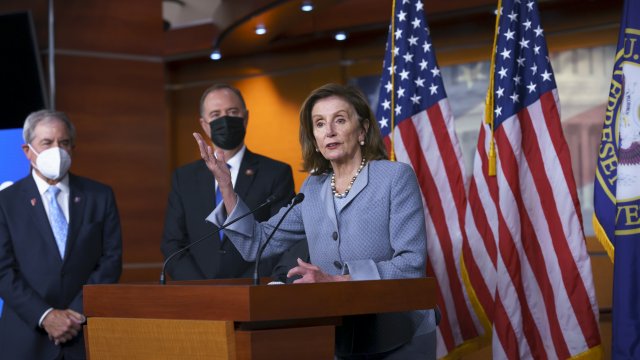 President Biden will meet with members of the House and Senate today to discuss the bipartisan infrastructure bill and the $3.5 trillion reconciliation package.

House Speaker Nancy Pelosi pledged to hold a vote on the bipartisan bill by next Monday to appease moderate members of her caucus.

But for months, progressives have said they won’t support the bipartisan bill without the reconciliation package.

"We need to be absolutely sure that it is passed the Senate. And so that's still our position," said Rep. Pramila Jayapal

So right now it's unclear if the bills will pass.

The reconciliation package, which would expand the social safety net, needs every Democratic senator’s support to pass that chamber.

It doesn’t have it yet.