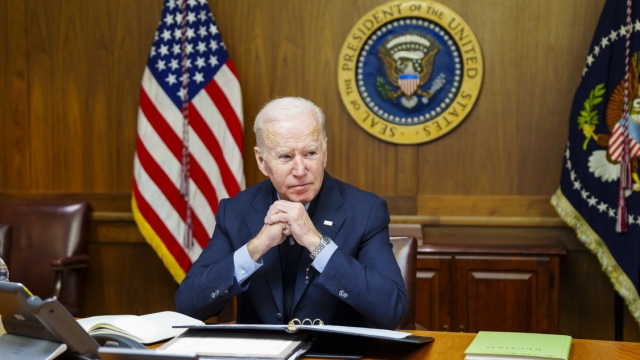 SMS
President Biden Meeting With G7 Leaders Over Russian Attack On Ukraine
By Stephanie Liebergen
and Associated Press
By Stephanie Liebergen
and Associated Press
February 24, 2022
In a statement from the White House, President Biden says "the United States and its Allies and partners will respond in a united and decisive way."

President Joe Biden said he planned to speak to Americans on Thursday after a meeting of the Group of Seven leaders. 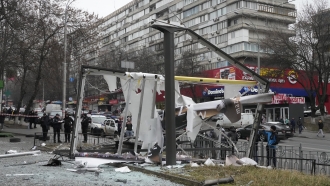 President Biden said Zelenskyy "asked me to call on the leaders of the world to speak out clearly against President Putin's flagrant aggression, and to stand with the people of Ukraine."

It also said that the U.S. and its allies and partners will impose severe sanctions on Russia and that "we will continue to provide support and assistance to Ukraine and the Ukrainian people."