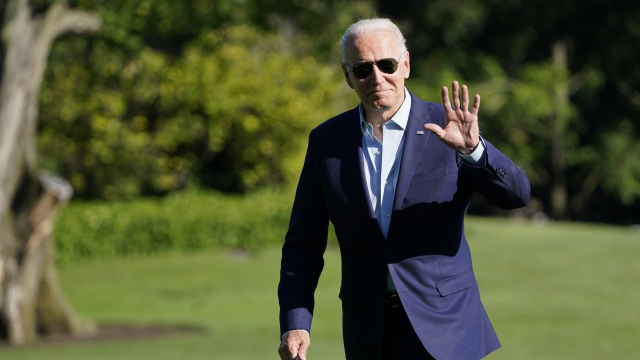 Democratic lawmakers aren't on the same page when it comes to infrastructure.

Progressives say they won't vote for the bipartisan bill if the larger human infrastructure bill doesn't pass through reconciliation. But more moderate Democrats are weary of the price tag of the second bill which would include things like paid family leave and universal pre-k.

The Biden Administration has dispatched senior officials to Capitol Hill to speak with lawmakers not just from various factions within the Democratic party but with Republicans too. While those officials try to win the support of lawmakers — President Biden is taking his case to the American people and making it personal.

"Everybody knows what intersections are the most dangerous and when teaching your kid to drive, what do you do? You tell them, no, don't go down that road," said the president. "This deal is going to more than double the funding directed to state and local programs that improve the safety of people in vehicles, including highway safety, truck safety, pipeline and hazard material safety."

President Biden spoke at a La Crosse Wisconsin public transit facility on the 65 anniversary of President Eisenhower's signing of a bill to create the interstate highway system. The president said this infrastructure agreement is the largest one since then and it too will create jobs.

"The jobs that are going to be created here largely will be those for blue collar workers, the majority of whom will not have to have a college degree to have those jobs. A lot of those folks are being left behind now. The guys who grew up in Scranton, Claymont, are being left behind. This is the answer for good paying jobs," President Biden said.

The bipartisan deal would cost $973 billion over five years and includes $579 billion in new spending.