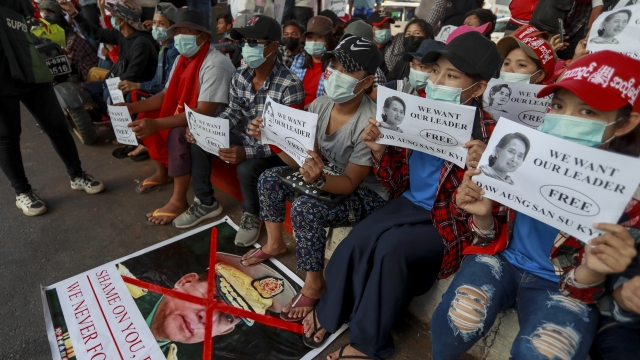 Police and protesters continue to battle in Myanmar for a sixth straight day of demonstrations.

U.S. President Biden ordered new sanctions including the freezing of $1 billion in Myanmar government assets in the U.S.

New Zealand suspended all military and political contact with the country and placed a travel ban on Myanmar's new military leaders.