President Biden Commits To Get Americans And Allies Out Of Afghanistan 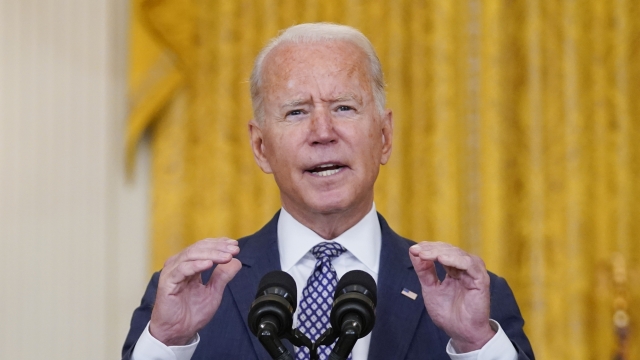 “Let me be clear, any American who wants to come home, we will get you home," President Biden said.

“We’re in constant contact with the Taliban working to ensure civilians have safe passage to the airport," Biden said. "Where we have seen challenges for Americans we have thus far been able to resolve them...we made clear to the Taliban that any attack on our forces or disruption of our operations at the airport will be met with [a] swift and forceful response," he added.

But the reality is not that simple. Americans are reporting difficulty getting to the airport—and through the walls that surround.. the only way out of Kabul.

Pathways to the airport remain extremely dangerous with the U.S. Embassy in Kabul saying access to gates may close at any time and this note on the embassy’s website that reads.... “The U.S. government cannot ensure safe passage to the airport.”

The President adding for now extending that line of defense beyond the airport would have ‘unintended consequences’ but he wouldn’t rule out moving to extract Americans and Afghan allies who aren’t able to reach the airport.

"We are considering every opportunity and every means by which we could get folks to the airport," Biden said.

The U.S. military has airlifted some 13,000 people since August 14th... including embassy personnel, U.S. citizens, Afghans and other foreigners. Many are still waiting for flights and as the August 31st troop withdrawal deadline approaches, Biden says that deadline could change.

“I think we can get it done by then but we’re going to make that judgment as we go," Biden said.