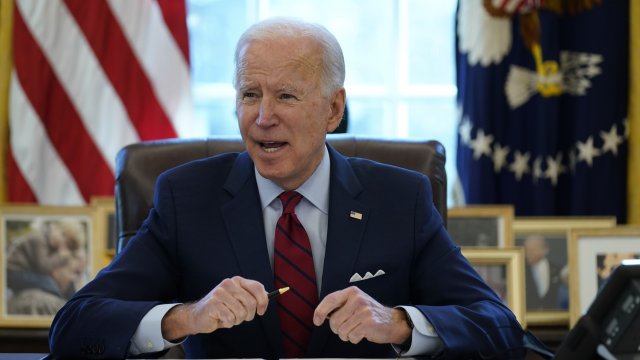 President Biden has now issued 25 executive orders in just over a week in office.

Senate Minority Leader Mitch McConnell criticized some of his most recent actions on climate change -- saying they could cost jobs.

"There's nothing green about a tsunami of pink slips for American workers or carding Canadian crude around in trucks and trains instead of a pipeline." Said Senate Minority Leader Mitch McConnell "This piecemeal green new deal is the wrong prescription, wrong for the environment. Wrong for national security. And most of all for the working Americans who will send before bullying, working Americans, if this keeps up."

President Biden has faced scrutiny for the number of executive actions he's taken in his first ten days. Some Republicans say those shouldn't replace bipartisan debate and working with congress.

Here's a look at how President Biden's use of executive orders compares to his predecessors.

In his first ten days in office... He has signed 25 executive orders...