President Biden Comments On The State Of The Economy 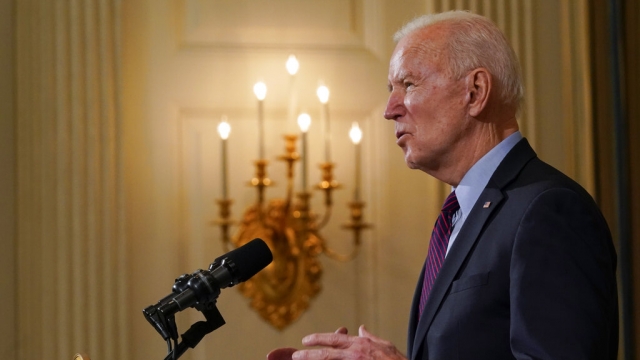 President Biden pledged to push through economic relief, even if Congressional Republicans don't want to cooperate.

Matt Simon serves as the executive producer of Newsy Tonight with Chance Seales. He joined Newsy in 2018 and supervises coverage of breaking news, Newsy Tonight Investigations, the Newsy Tonight Spotlight and other signature series for the nightly program. Prior to joining Newsy, Matt spent 6 years at CGTN, where he led international productions and special events, including the first-ever live coverage of a U.S. presidential election. He was also tapped to help launch a climate change initiative at The Weather Channel. Matt graduated with honors from Goucher College. He grew up in Albany, New York, and now lives outside Baltimore with his wife, two kids and dog. He is always up for a hot restaurant tip or to chat about barbecue or bourbon. Follow him on Twitter @MSimonTV. @MSimonTV