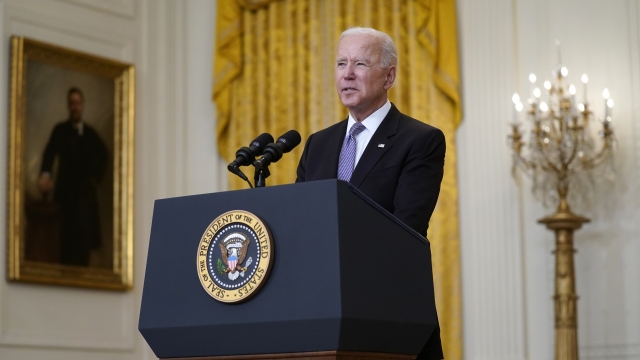 President Biden now making his most direct plea yet for a cease-fire as deadly violence between Hamas militants and Israeli forces continues. The White House says the president told Israeli Prime Minister Benjamin Netanyahu he expects "a significant deescalation" today.

Prime Minister Netanyahu appears to have brushed that aside, saying, "I am determined to continue this operation until its aim is met to restore peace and security to you, citizens of Israel."

The latest exchange signals a major shift in tone from previous calls between the two leaders as the president looks to stand by a key ally in the region while some in his party are demanding more U.S. pressure on Israel. Republicans want the opposite.

"Biden has to get a backbone. He has to stand up for American allies. He doesn't have a backbone right now," said Sen. Rick Scott.

"Mr. President, can I ask you a quick question about Israel?" a reporter said. "No, you can't," President Biden responded.

So far, President Biden hasn't publicly pushed for a cease-fire even though he's had multiple opportunities to do so -- part of a delicate strategy the White House calls "quiet and intensive" diplomacy: focusing on conversations behind the scenes all while trying to not upset Israel, which is still on track to get another $735 million in arms from the United States, a deal announced before this latest war began.