Biden Appointing More Black Women Judges Than Any Other President 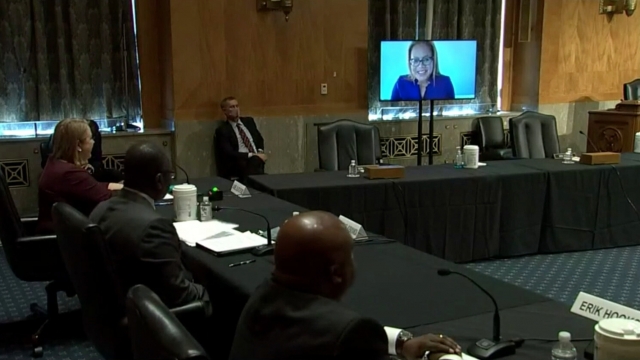 SMS
Biden Appointing More Black Women Judges Than Any Other President
By Kellan Howell
By Kellan Howell
February 9, 2022
The White House says adding more diverse judges to the federal courts remains a priority for the president.

Ebony M. Scott on Monday became the twelfth Black woman confirmed to a seat on the federal court under President Biden, continuing his pledge to diversify the federal bench.

"President Biden gets an A-rating for his judicial appointments," Judith Browne Dianis said.

Of the 45 judicial nominees appointed to federal courts so far, 69% are people of color and 75% are women. No president has appointed a higher share of either.

"The federal bench is important because the cases that go even to the lower courts are cases that could wind up in front of the Supreme Court and make the law of the land," Dianis said.

And President Biden has been particularly focused on appointing Black women to the lower courts, nominating a much larger percentage of Black women to federal district and appeals courts than any of his predecessors.

"It's important to have people who have different perspectives on the law and how the law impacts people and whether or not the decisions they're making lines up with constitutional principles," Dianis continued.

But there's still a long way to go. According to data from the Federal Judicial Center, only 70 of the 3,843 people who have ever served on the federal bench have been Black women. That's less than 2%.

The White House says adding more diverse judges to the federal courts remains a priority for the president.

And President Biden is poised to make history soon by continuing that trend on the Supreme Court.

"That person will be the first Black woman ever nominated to the United States Supreme Court," he said.