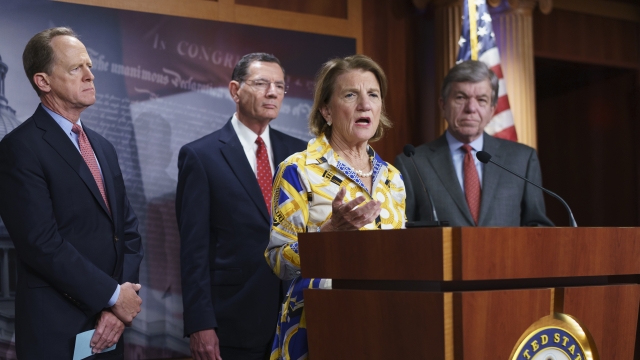 The two met in the Oval Office for about an hour Wednesday for what the White House described as a "constructive and frank" conversation.

A statement from the senator's team said she was "encouraged that negotiations have continued."

Senate Majority Leader Mitch McConnell said yesterday he still has hope they can reach an agreement.