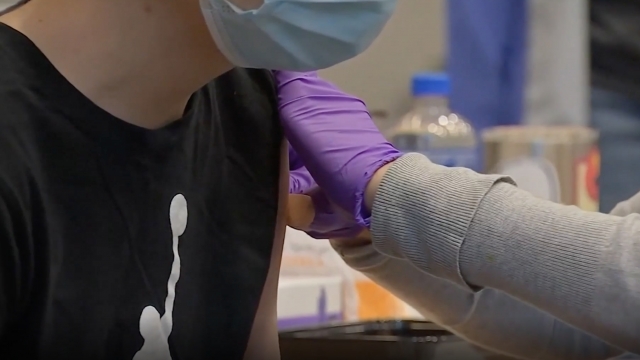 The countdown is almost on for children to get vaccinated.

The White House says kids aged 5-11 are weeks away from getting the COVID-19 vaccine.

The shots could be shipped as soon as November 2 and children will be able to get the jab at the pediatrician’s office, their pharmacy and possibly their school.

RJ Proy says he’s getting his six year old vaccinated as soon as it’s possible after a recent COVID scare.

Proy says his son - who was four when the pandemic began - needs to learn a life that's not under the shadow of this virus.

“I'm going to be more comfortable taking him places, just going out and experiencing things with him when I know he, my wife and I area all vaccinated," Proy said.

But not all parents feel that way. Many are still gun shy. Some say there’s still more research that needs to be done before they make a final decision.

The administration is banking on parents to come around - if they have not yet already. They’ve already ordered 65 million doses and signed up more than 25,000 providers to administer the vaccine.

For now though, there won’t be a requirement in most places for kids to get the jab. California is the only state to mandate vaccines in children for school. New York City Mayor Bill de Blasio said Wednesday he has no plans to do that during the remainder of his time in office.