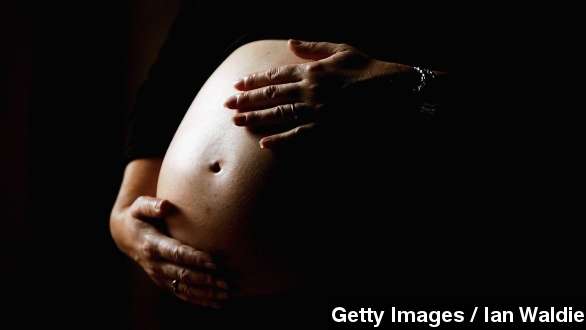 Pregnant women, drop the lipstick. Your beauty products could be affecting your unborn child.

A new study found pregnant women's exposure to the chemicals in common beauty products and household items might cause their children to have lower IQs.

Researchers from Columbia University found children exposed to high levels of the phthalate chemicals DnBP and DiBP while they were in the womb had IQ scores that were, on average, more than six points lower than those of children exposed to lower levels.

Researchers measured exposure to these chemicals for 328 pregnant women and then performed IQ tests on their children when the kids were 7 years old.

Study authors say this is the first study to report a link between prenatal exposure to phthalates and IQ scores.

But we already knew phthalates could be harmful to children. Earlier studies have pointed to associations between children's exposure to the chemicals and poor cognitive and motor development and behavior.

Several phthalates have been banned from children's toys in the U.S. and Europe. (Video via NTDTV)

But researchers say, so far, no steps have been taken to protect unborn children from the chemicals' potential harms. They note the harmful chemicals are rarely even listed on the ingredients of household products in the U.S.

Researcher Robin Whyatt said: "The magnitude of these IQ differences is troubling. ... A six- or seven-point decline in IQ may have substantial consequences for academic achievement and occupational potential."

While some contact with the chemicals might be unavoidable, researchers recommend pregnant women try to cut back on their exposure by not using products the chemicals are commonly found in.