Premature Births Linked To Air Pollution Cost The US $4.3B A Year 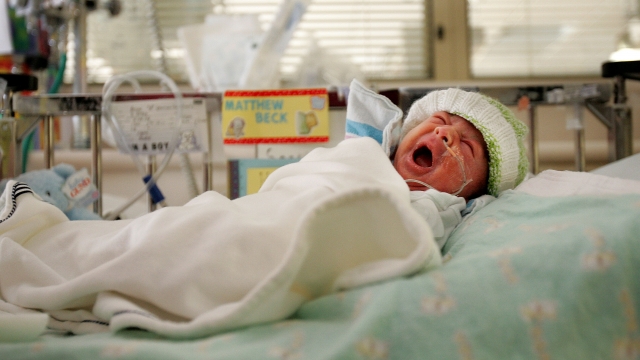 SMS
Premature Births Linked To Air Pollution Cost The US $4.3B A Year
By Evan Thomas
By Evan Thomas
March 29, 2016
Costs include not only intensive care immediately after birth, but also economic loss from disabilities as a result of premature birth.
SHOW TRANSCRIPT

Premature births linked to air pollution cost the U.S. more than $4 billion in 2010, according to a new study.

New analysis published in the journal Environmental Health Perspectives tallied the yearly costs: $760 million for extended hospital stays and medication, and $3.57 billion of economic output lost because of disabilities linked to premature births.

Environmental toxins — and especially air pollution — lead to more toxic chemicals in the mother's bloodstream and weaken her immune system. Premature infants can have neurological and respiratory problems.

The team intends to eventually expand its analysis to a global scale in hopes of inspiring future policy changes.

This video includes images from Getty Images, Creative Stall / CC BY 3.0 and Franc / CC BY 3.0.