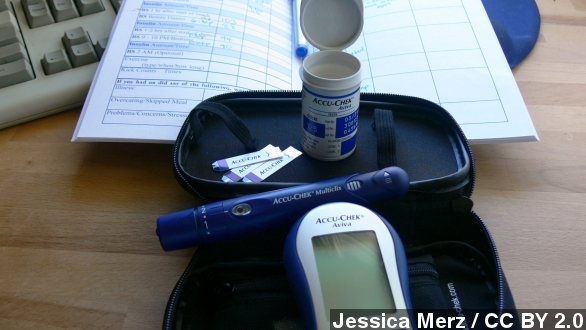 By Steven Sparkman
September 9, 2014
Researchers confirmed a link between prediabetes, or high blood sugar, and many different kinds of cancer. The reason behind the link is unknown.
SHOW TRANSCRIPT

A new study says people with high blood sugar have more to worry about than the risk of developing Type 2 diabetes: they also have a 15 percent higher chance of developing many different kinds of cancer.

The study, which analyzed data from 16 earlier studies and nearly 900,000 participants, found people with prediabetes are at greater risk for cancers of the stomach, colon, liver, pancreas, breast and more, even after controlling for obesity as a common factor.

Prediabetes is a condition where blood sugar levels are high, but not high enough for the patient to be considered diabetic. According to the Centers for Disease Control and Prevention, more than a third of U.S. adults have it, and most don't know it. (Video via National Institutes of Health)

The connection between cancer and full-blown diabetes has been known about for a while, but not necessarily understood. The American Cancer Society confirmed the link in 2010.

But the new study shows it doesn't have to be full-blown. Just the elevated blood sugar that eventually leads to diabetes is enough.

As for why, LiveScience reports the researchers could only make educated guesses at this point, ranging from some mechanism connecting insulin resistance and cancer growth to common genetic mutations that may make people more open to both diseases.

This video includes images from the National Institutes of Health.