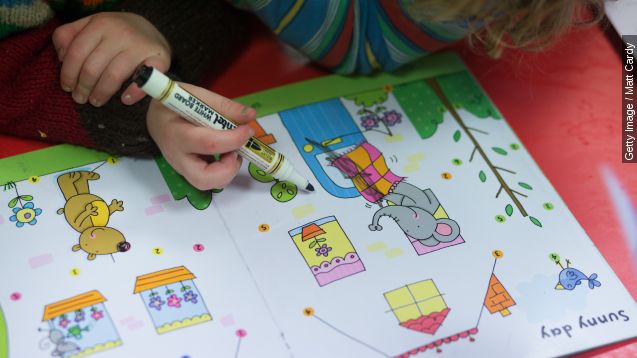 SMS
Pre-K Bill For Low-Income Students Vetoed In California
By Samantha Crook
By Samantha Crook
October 10, 2015
California's governor vetoed a bill meant to expand access to preschool at a time when early education is getting extra attention.
SHOW TRANSCRIPT

Brown said the bill would have set arbitrary deadlines for improving early education, which the state already plans to do.

The veto comes just after Vanderbilt released a contentious pre-K study at the end of September.

The study complicates the assumption that all pre-K programs have lasting benefits for students.

The research compared low-income students who attended pre-K to students who didn't and found students that went to pre-K saw advantages early on, but those gains quickly went away. (Video via WKRN)

One researcher involved in the study said she was worried about implementing programs that aren't up to par. (Video via Early Edge California)

"I'm concerned about policy in this country where we take a sort of yea-or-nay point of view on it instead of thinking about, 'Wait, the reason we have this policy of pre-K is that we wanted to help children who are growing up in impoverished circumstances,'" a researcher told WBUR.

In response to the study, director of the National Institute for Early Education Steven Barnett suggested the program in question expanded too quickly, which might have lowered its quality. (Video via Preschool Nation)

But the study doesn't mean pre-K advocates are giving up. Deborah Kong, president of a California pre-K advocacy group, told Southern California Public Radio the study should be seen as a "call to invest in quality schools." (Video via State of California)

This video includes images from Getty Images, Eden, Janine and Jim / CC BY 2.0 and Bart Everson / CC BY 2.0.