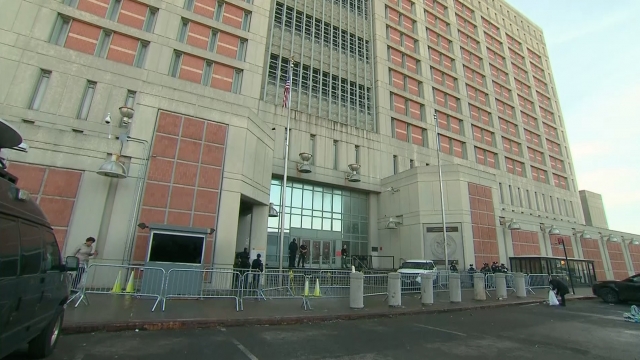 Power is back on at a federal prison in Brooklyn, New York, after protesters stormed the facility during a partial power outage.

A crowd of people pushed their way inside the Metropolitan Detention Center Sunday protesting conditions inside the jail. Power has been off at the prison since an electrical fire Jan. 27.

The power outage left many of   the prison's more than 1,600 inmates in the dark and without heat in frigid temperatures.

On Saturday, New York Mayor Bill de Blasio says the city sent generators and hundreds of blankets and hand warmers to the prison. De Blasio said, "The people inside have a right to dignity and safety and we won't stand by while the Federal Bureau of Prisons fails them."

That same day, the Federal Bureau of Prisons released a statement saying the inmates had hot water in their sinks and showers.

New York Gov. Andrew Cuomo has called on the Department of Justice to investigate the situation. The DOJ said in a statement it will work with the Bureau of Prisons to ensure the problem does not happen again.

Visiting hours at the prison have been suspended.