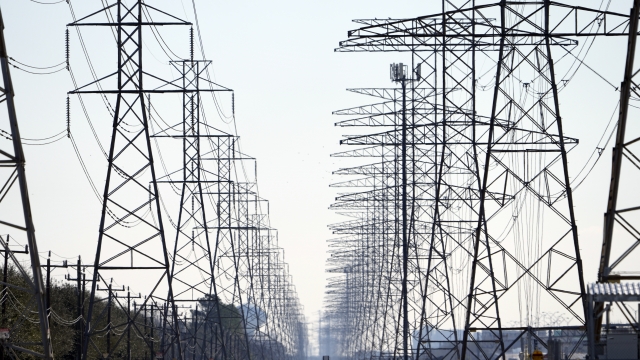 SMS
Power Grids Across The U.S. Are Being Tested By High Heat
By John Mone
By John Mone
June 20, 2022
High heat is driving up the demand for air conditioning, testing the resiliency of power grids across the U.S.

A hot and humid Houston, TX day reaching 99 degrees has Texans looking for Texas sized ways to beat the heat.

Outside, splash time and water activities are cooling the nerves of parents and kids.

Millions across the country are sweltering, preferring to stay out of the sun and turning on the air conditioning indoors instead.

But dialing down the temperature is cranking up the pressure on the power grid.

According to a summer reliability assessment by an organization that sets standards for the industry, the West and Midwest face possible grid failure in the months ahead.

Some of the reasons cited include lack of capacity and construction on key transmission lines. Drought in the West is also affecting hydro-generators, and high heat is driving up demand.

“That’s definitely a concern with it being so hot, not having AC inside would be really uncomfortable," Stewart said.

In Texas, high temps are putting strain on an electric grid that almost failed during demand from bitter cold in 2021. Now, there’s record power use in hot weather — more than 75,000 megawatts on June 16 alone.

"We need to see that the the regular generation fleet, the thermal fleet, what they call the dispatchable fleet, what the viewer knows is a generator we can turn on and off that they're ready to answer the call," said Ed Hirs, energy policy analyst at the University Of Houston. "We've had 10 years of disinvestment in this particular part of our fleet while the renewable fleet has grown."

But, adding renewable energy has helped avoid blackouts so far..

"25 to 30,000 could be wind and solar combined, which really relieves the strain on the natural gas, coal and nuclear units," Hirs said.

Yet it’s only June, and some leaders fear a repeat of the summer 11 years ago, when some Texas cities had 100 degree plus days for months.

"We do not have enough generation in the ground that's dispatchable, and we're not going to this summer," Sen. Johnson said. "It takes more than a year to build out the kind of infrastructure you need to meet that kind of demand that we have. When will it kick out? I don't know. But we're flirting with a big problem if we aren't simultaneously doing more to incentivize this additional generation."

“Right now it’s been a struggle just to get him to do something outside of the house, a water feature is one way but we also really need indoor playgrounds with all this heat right now," said Carl Stewart, Houston resident.

Otherwise, they’ll be outdoors on the splash pad a lot more.