Poverty Is One Factor In Radicalization, Not The Only Factor 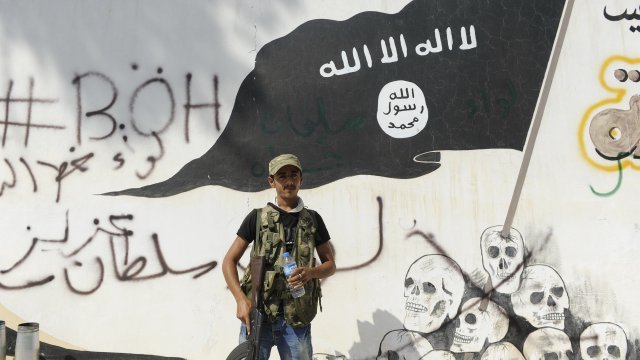 SMS
Poverty Is One Factor In Radicalization, Not The Only Factor
By Chance Seales
By Chance Seales
January 9, 2018
There's a faulty assumption that all people who become radicalized are impoverished and left with no options.
SHOW TRANSCRIPT

Radicalization resulting in disturbing rhetoric or even terrorism is no simple subject.

Oftentimes, policymakers will say it all boils down to economics: These are poverty-stricken people, desperately in need of a leg-up, who only turn to extremism as a last resort.

Former Secretary of State John Kerry in 2014 talked about "this issue of poverty, which in many cases is the root cause of terrorism... ." Fact is, that’s just not true. Recent history proves him wrong time and again.

Simply handing out money and giving people jobs wouldn’t be a panacea for extremism. It might help in some cases but not all, as President Barack Obama acknowledged in 2015: "Poverty alone does not cause a person to become a terrorist any more than poverty alone causes someone to become a criminal."

USA Today analyzed 152 alleged or realized terror plots in the U.S. over the past few years. Here's what they found: "People arrested in ISIS-inspired plots didn't share an overarching commonality. They were young and old, married and single, religious and secular. Some suspects blamed mental illness or depression. Others were lured by the group's false promise of protection and power for Muslims and peace in the Middle East."

A few examples: Osama bin Laden, heir to a multimillion dollar fortune and vast business empire. Maj. Nidal Hasan, raised in Virginia, earned a degree in biochemistry and eventually became a medical doctor, serving as a psychiatrist in the Army. He became disillusioned and rigidly devout, and when it looked like he'd been shipped off to a war zone in 2009, he shot up his base in Fort Hood, Texas.

The Tsnarnaev brothers bombed the Boston Marathon in 2013. Their family immigrated from Kyrgyzstan. An NPR profile says the older brother went to community college while the younger one was the captain of his high school wrestling team and eventually attended University of Massachusetts Dartmouth, where he struggled. At some point they became radicalized, but they weren't living in squalor or abject poverty.

What accounts for this? Certainly not just money.

A liberal magazine, "The New Republic," wrote this in 2002: "Any connection between poverty, education, and terrorism is indirect, complicated, and probably quite weak ... . [We] suggest it is more accurately viewed as a response to political conditions and long-standing feelings of indignity and frustration (perceived or real) that have little to do with economics."