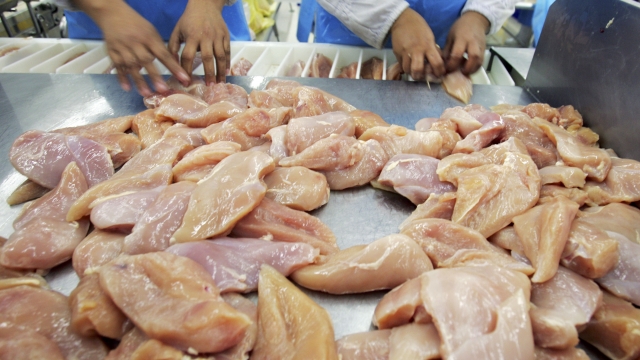 A new report by a humanitarian group details the harsh conditions some U.S. poultry plant workers are reportedly subjected to.

Released Wednesday by Oxfam America, the report claims poultry workers are allowed a limited number of bathroom breaks per shift by their supervisors, so some employees wear diapers while working and restrict their fluid intake.

The Occupational Safety & Health Administration says employers must "make toilet facilities available so that employees can use them when they need to do so." It recommends relief workers be used when employees need to use the restroom during their shift.

Still, a health and safety expert with the National Employment Law Project told The Huffington Post that being denied bathroom access is a common complaint raised by poultry workers.

Oxfam spoke with workers employed by some of the largest poultry companies around the country, including Tyson Foods, Pilgrim's, Perdue and Sanderson Farms, for its report.

Tyson and Perdue responded to the allegations made in the Oxfam report, but both companies said that because the names of the workers interviewed were changed to protect their identities, it's hard to address the validity of the claims.

This video includes clips from Oxfam America and an image from Getty Images.