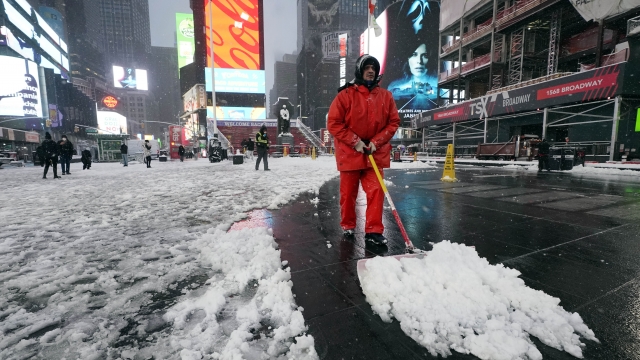 Residents along the Northeast Atlantic coast are being advised to prepare for potentially heavy snowfall and high winds.

Upstate New York is digging out from another round of Lake Effect snow as the East Coast prepares for a potential Nor'easter.

Meteorologists are warning residents to prepare because the system is taking shape and it's zeroing in on the Atlantic coast.

Crews have been working overnight to clear roadways, but experts warn residents to stay indoors as conditions are slippery.

The storm is expected to form off the coast in the Atlantic Ocean but the jet stream will determine if any major cities — from Philadelphia to New York City — will get snow.

If the upstream flow current is inland, the heaviest snow will hit the Big Apple. However, if it slides closer to the coast, then the big snowfall will hit Boston.

The storm is expected to begin Friday and last through Saturday night.