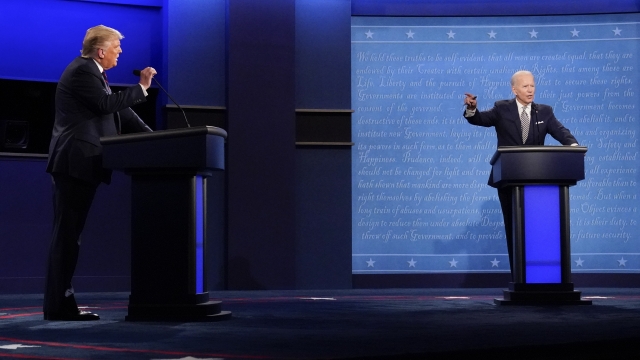 Joe Biden: "This is so unprecedented."

Chris Wallace: "Gentlemen. No. No. We have ended this segment. We're going to move onto the second segment."

"That was a really productive segment."

That was the sound that dominated most of the presidential debate Tuesday — two candidates talking over each other, and a moderator struggling to control them.

And if you were thinking, "Wouldn't a mute button be nice?" you aren't alone.

The commission that organizes those debates says it's considering changes for the next matchup.

The nonpartisan group says additional tools will be put in place to maintain order for the remaining debates.

Joe Biden says he'd welcome the changes. The Trump campaign said it would be against them.