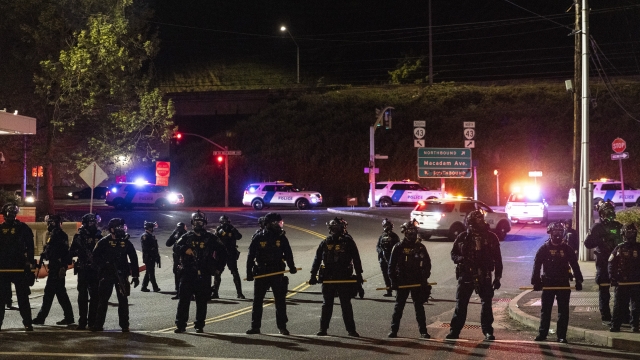 SMS
Entire Portland, Oregon, Police Rapid Response Team Resigns
By Simon Kaufman
By Simon Kaufman
June 18, 2021
They all resigned from their volunteer roles after a fellow officer was indicted for allegedly hitting a woman in the head with a baton.
SHOW TRANSCRIPT

The entire Portland Police rapid response team quit after an officer was indicted on an assault charge for allegedly using "excessive" and "unlawful" force during a protest last year.

The officer allegedly hit a woman on the head with a baton.

The rapid response team was made up of volunteer officers who also held regular assignments.

The bureau says they will remain in their other roles.