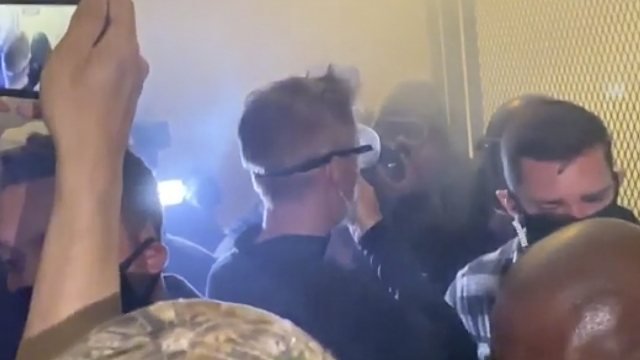 The mayor of Portland, Oregon, was among demonstrators who were tear gassed by federal agents during a protest Wednesday night.

It's unclear whether federal agents knew he was in the crowd.

Protesters were demonstrating against the presence of federal agents in their city — sent by President Trump to restore order.

The mayor said: “I want to thank the thousands of you who have come out to oppose the Trump administration’s occupation of this city.”

However, prior to the presence of federal agents, Wheeler has been criticized by both protesters and City Council members for not regulating local police's use of force against demonstrators. Some have gone so far as to label him "tear gas Ted," after local police used it multiple times to control crowds.