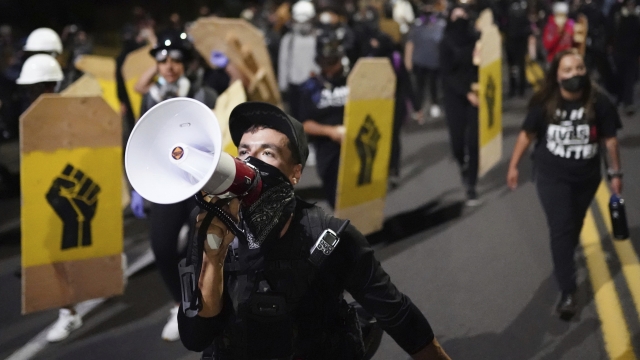 Portland's new district attorney announced Tuesday he will not prosecute low-level charges from over two months of protests.

Recently elected Multnomah County District Attorney Mike Schmidt said his office will not pursue hundreds of non-violent misdemeanor charges garnered since protests began in late May over the death of George Floyd. He said they will not pursue similar charges in the future either.

"The protesters are angry ... and deeply frustrated with what they perceive to be structural inequities in our basic social fabric. And this frustration can escalate to levels that violate the law. This policy acknowledges that centuries of disparate treatment of our black and brown communities have left deep wounds and that the healing process will not be easy or quick."

Portland Police Chief Chuck Lovell said the decision does not impact Oregon law and his officers will still hold people accountable for property damage or violence.

Schmidt said the decision was not only ideological, but also practical, as the county is two months behind processing cases due to COVID-19.