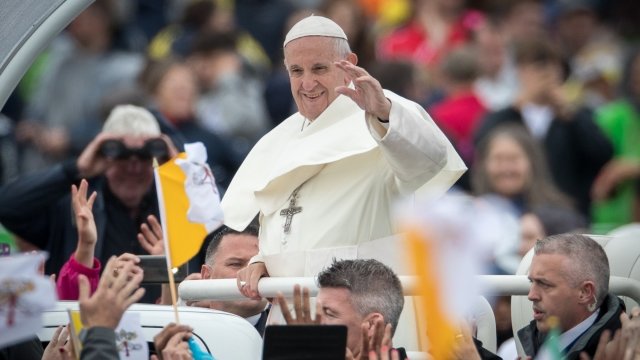 Pope Francis said church officials who have sexually abused minors must turn themselves into authorities and "prepare for divine justice."

He made that statement in his annual address to the Vatican's central government Friday. It comes as the Catholic Church is deep in a clergy sex abuse scandal and is scrambling to figure out how to respond to it.

In his speech, Francis acknowledged that in the past the Church has treated some allegations "without the seriousness and promptness that was due." He also said the Church will never again try to cover-up such accusations against clergy members.

Just days before his speech, Illinois' attorney general said that despite Illinois' dioceses publicly identifying 185 clergy members as having been "credibly" accused of child sexual abuse, there are at least 500 more who were not reported.

Pope Francis is scheduled to hold a summit with other top Church officials in February to discuss preventing clergy sex abuse.