Pope Francis Says The Spreading Of Misinformation Is A Sin 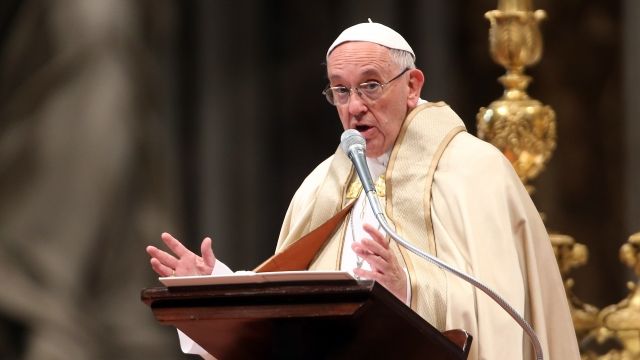 The pope is taking a stand against fake and tawdry news using some interesting comparisons.

In an interview, Pope Francis said media outlets need to avoid "the sickness of coprophilia, that is, always wanting to cover scandals, covering nasty things, even if they are true.”

In case you're not familiar, the definition of coprophilia is a "marked interest in excrement," which can often be sexual. Although the interview was in Spanish, so his intention may not have been quite that graphic.

The pope also said misinformation is the "greatest damage the media can do" and added that slandering someone is a sin.

Fake news stories can have real-world impact. A man fired his gun in a Washington, D.C., pizza parlor after a hoax accused the restaurant of harboring a child sex trafficking ring.

The pope himself was also the subject of a hoax. A fake news site declared the pontiff endorsed Donald Trump in the presidential election, even though that never happened.