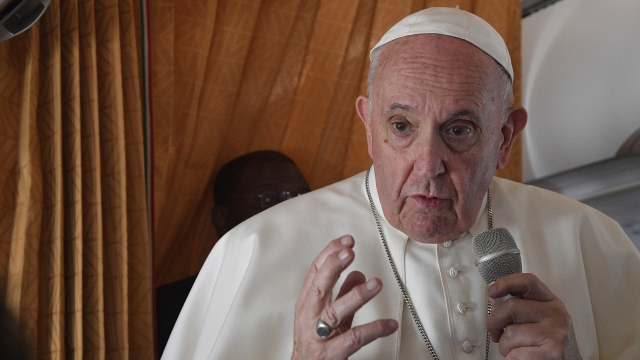 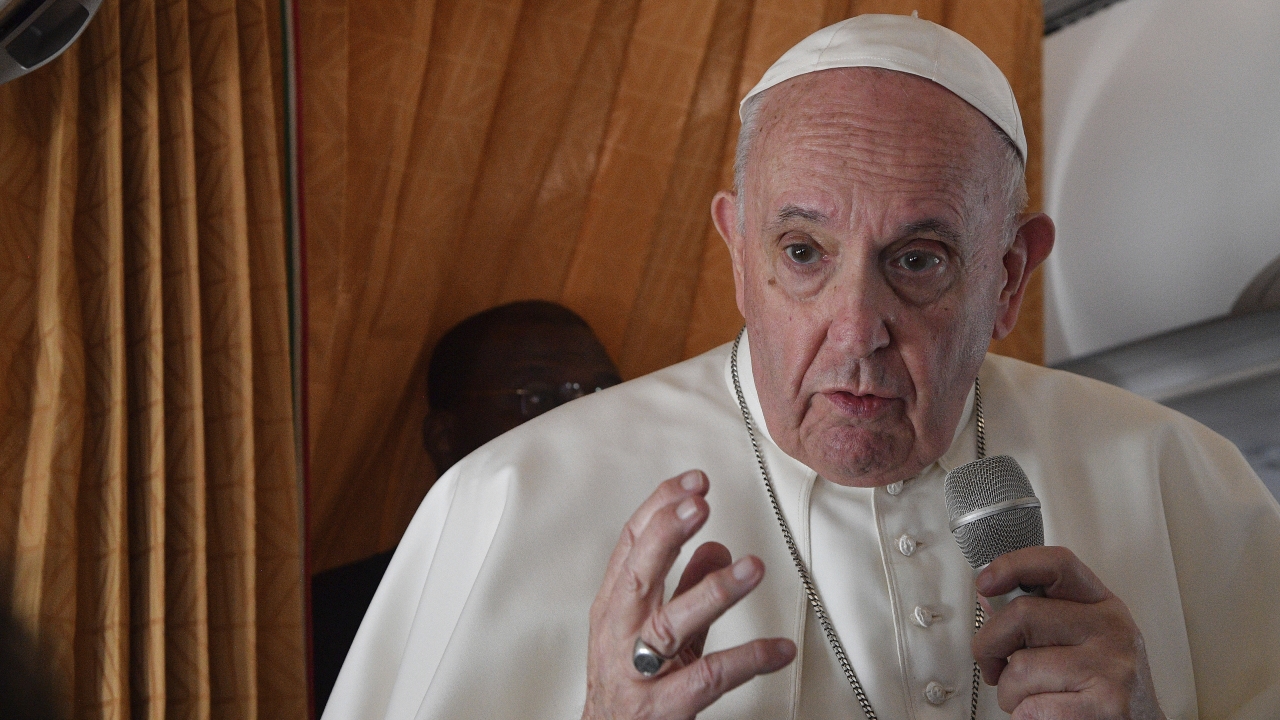 Pope Francis said Wednesday that Catholic bishops must minister with "compassion and tenderness," not condemnation, to politicians who support abortion rights and warned that clerics shouldn't let politics enter into questions about receiving Communion.

Francis was asked en route home from Slovakia about the debate in the U.S. church about whether President Joe Biden and other politicians should be denied Communion because of their stances on abortion. U.S. bishops have agreed to draft a "teaching document" that many of them hope will rebuke Catholic politicians, including President Biden, for receiving Communion despite their support for abortion rights.

Francis declined to give a "yes" or "no" answer, saying he didn't know the U.S. case well enough. He repeated that abortion was "homicide," and that Catholic priests cannot give the Eucharist to someone who is not in communion with the church. He cited the case of a Jew, or someone who isn't baptized or who has fallen away from the church.

Most importantly, he said, was that priests and bishops must respond pastorally and not politically to any problem that comes before them. He said they must use "the style of God" to accompany the faithful with "closeness, compassion and tenderness."

"And what should pastors do? Be pastors, and not go condemning, condemning," Francis said.

Francis recalled cases when the church had held fast to a principle on political grounds and it ended badly, citing the Inquisition-era condemnation of Giordano Bruno for alleged heresy. He was burned at the stake in Rome's Campo dei Fiori.

"Whenever the church, in order to defend a principle, didn't do it pastorally, it has taken political sides," Francis said. "If a pastor leaves the pastorality of the church, he immediately becomes a politician."

Francis said he had never denied Communion to anyone, though he said he never knowingly had a pro-abortion politician before him, either. And he admitted he once gave Communion to an elderly woman who, after the fact, confessed that she was Jewish.

Francis repeated his belief that the Eucharist "is not a prize for the perfect" but rather "a gift of the presence of Jesus in the church." But he was unequivocal that it cannot be given to anyone who is not "in communion" with the church, though he declined to say if a pro-abortion politician was out of communion.

He was similarly unequivocal that abortion is murder, and that even a weeks-old embryo is a human life that must be protected.

"If you have an abortion, you kill," Francis said. "That's why the church is so tough on this issue, because if you accept this, you accept homicide daily."

U.S. bishops agreed in June that the conference doctrine committee will draft a statement on the meaning of Communion in the life of the church that will be submitted for consideration, probably an in-person gathering in November. To be formally adopted, the document would need support of two-thirds of the bishops.

Despite the short flight back from Bratislava, the Slovak capital, Francis fielded an unusually wide array of questions. Among other things he said:

—That he couldn't understand why some people refuse to take COVID-19 vaccines, saying "humanity has a history of friendship with vaccines" and that serene discussion was necessary to help them.

—That states can and should pass civil laws to allow homosexual couples to have inheritance rights and health care coverage, but that the church couldn't accept gay marriage because marriage is a sacrament between a man and woman. "Marriage is marriage. This doesn't mean condemning people who are like this. No, please! They are our brothers and sisters and we have to accompany them."

—That his surgery to remove 13 inches of his colon in July wasn't easy, despite those who have marveled at how well he had recovered. "It wasn't cosmetic surgery," he quipped.