Pope Acknowledges His Deal With China Will Make Some 'Suffer' 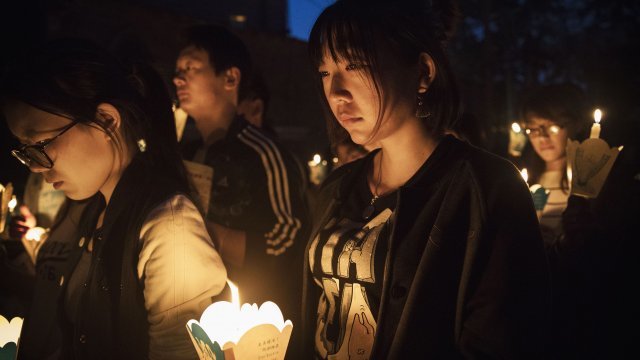 SMS
Pope Acknowledges His Deal With China Will Make Some 'Suffer'
By Gabrielle Ware
By Gabrielle Ware
September 25, 2018
The Pope agreed to let China have the power to appoint potential bishops last week.
SHOW TRANSCRIPT

Pope Francis is acknowledging that a controversial agreement the Vatican made with China will cause some Chinese Catholics to suffer, according to the Associated Press.

The Catholic Church in China had a diplomatic split from the Vatican in 1951, creating two Chinese Catholic communities: an official church backed by Beijing and an underground faction still loyal to the Vatican.

Last week, the Vatican made a historic deal to give Beijing the authority to propose potential bishops, with final approval coming from the pope. The deal would also legitimize Beijing-appointed bishops that the Vatican has refused to recognize.

Critics of the deal say supporting the communist authority is a betrayal of the loyal underground church community.

Pope Francis wants the agreement to unite the two churches but says in regards to the underground church, "It's true, they will suffer. There is always suffering in an agreement."