Pope Refuses To Comment On Allegations Of McCarrick Cover-up 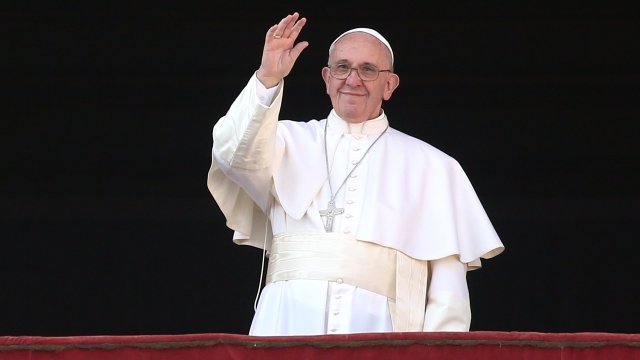 Pope Francis told reporters Sunday he won't comment on accusations that he knew about sexual misconduct allegations within the church and took no action.

In that letter, Vigano — who's a former Vatican ambassador to the U.S. — claimed he told the pope about allegations of sexual abuse against ex-Cardinal Theodore McCarrick back in 2013 — years before the allegations were made public.

McCarrick resigned in late July after he was removed from public ministry a month earlier. An investigation found credible allegations that he had sexually abused a teenager 47 years ago when he was a priest in New York. McCarrick has said he's innocent.

Vigano called for Francis to resign over his initial failure to act against McCarrick, writing, "Pope Francis must be the first to set a good example to Cardinals and Bishops who covered up McCarrick's abuses and resign along with all of them."

In a letter issued to all Catholics earlier this month, Pope Francis condemned sexual abuse by priests and called for those who "perpetrate or cover up these crimes" to be held accountable.