The Pope (Once Again) Says Women Weren't Meant For Priesthood 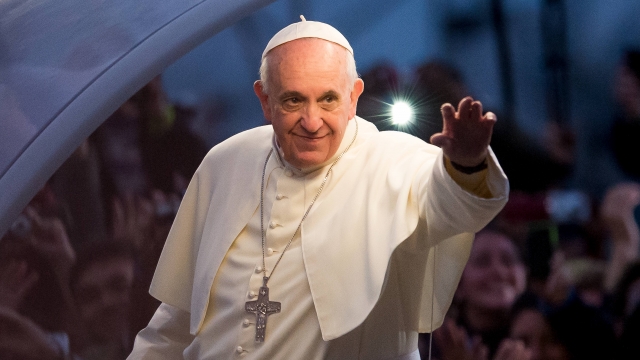 SMS
The Pope (Once Again) Says Women Weren't Meant For Priesthood
By Grant Suneson
By Grant Suneson
November 1, 2016
Pope Francis has once again answered the question of whether women will be priests in the Catholic Church.
SHOW TRANSCRIPT

Pope Francis said the Catholic Church is still opposed to women being ordained as priests, and it doesn't look like that's ever going to change.

While visiting Sweden, the Pope told the press the matter was settled in 1994, saying, "Saint Pope John Paul II had the last clear word on this, and it stands."

Pope John Paul II's justification for the ban was that Jesus selected 12 men to be his apostles and zero women, setting a precedent for how the church should proceed in the future.

Some women were hopeful for some new openings in the church when the pope announced a commission would look into the historical role of female deacons in the Catholic Church. But even then, the pope said that commission wasn't going to bring about any major changes.

Some Catholic women are upset their fight for equality is falling on deaf ears at the Vatican. They argue that adding women to the clergy could be a shot in the arm for Catholicism, which is already dealing with a waning number of priests.