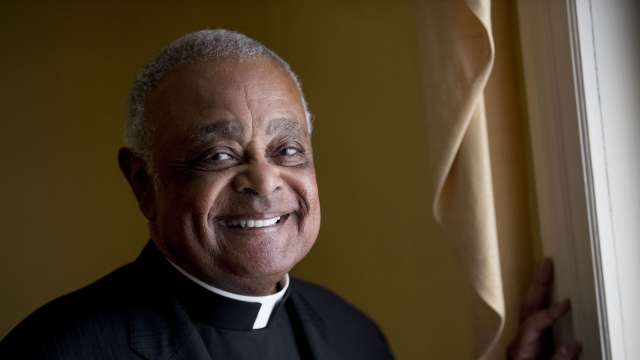 The Chicago native and convert to Catholicism serves in the nation's capital as archbishop of Washington.

On Sunday, the Pope announced 13 new cardinals. And among them is Wilton Gregory who will become America's first Black cardinal. Gregory is currently the only Black archbishop in the U.S., leading the Catholic community in the nation's capital.

The 72-year-old has also served in his hometown of Chicago and in Atlanta before his assignment to the Archdiocese of Washington. Gregory's appointment comes as the nation and the world push for racial justice for Black lives. The archbishop led the church's response to sexual abuse scandals in the early 2000's.

"We bishops will always have the deepest regret for those who were abused and must live with that pain all of their lives. No apology can undo that, yet we must never cease to remember them, reach out to them and must never forget that and ask for their forgiveness," said Archbishop Gregory in 2002.

The archbishop, who converted to Catholicism as a child, has made some waves before—recently criticizing President Trump for posing at an Episcopal church right after forcing protesters out of the way. And in 2014 after public outrage, the archbishop apologized for building a $2.2 million mansion and conference center as his residence.

Cardinals are second in hierarchy to the papacy and their duties include selecting the next pope. While any baptized Catholic man can become pope, traditionally cardinals are chosen. Gregory's cardinal position will be finalized on November 28th.