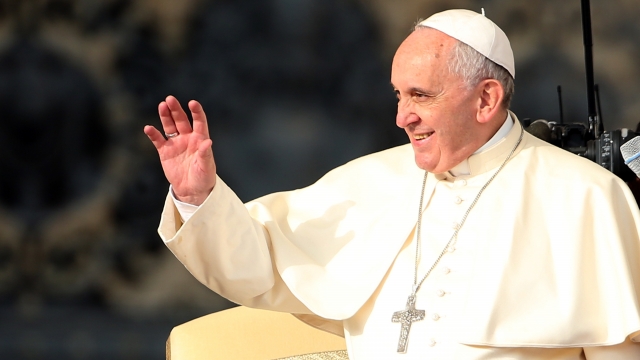 Pope Francis, the global face of the Catholic Church, is already a celebrity. And now His Holiness will make his movie debut, playing himself in upcoming AMBI Pictures film "Beyond the Sun."

An AMBI Pictures representative said Monday that Pope Francis has agreed to play a small role in the upcoming family adventure film.

At the pope's request, AMBI co-founders Andrea Iervolino and Lady Monika Bacardi set out to create an inspirational movie that spreads the gospel to children.

Iervolino said of his involvement: "Our excitement and gratitude ... is beyond words. This is not just a movie. ... It's a message, and who better to have on your side to deliver an important societal and spiritual message than the pope."

Profits from the film will be donated to two charities that help at-risk kids and young adults in Argentina, the pope's home country.

Surprisingly, this isn't this first time a pope has made a cinematic cameo. In 1958, Pope Pius XII paved the way, briefly appearing as himself in the film "Embezzled Heaven."

No word yet as to when the movie will debut, but Pope Francis, who's already accustomed to walking the red carpet, will surely steal the spotlight.