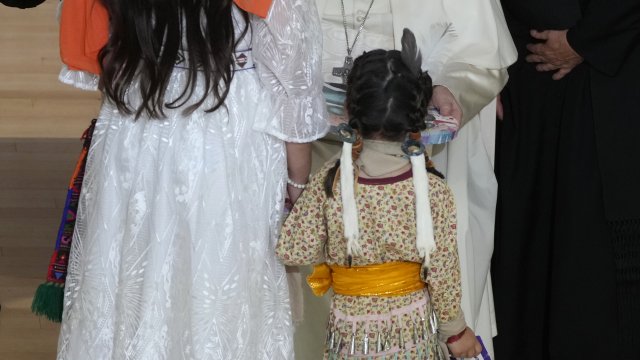 It is a long-awaited moment of recognition and apology for Canada’s indigenous people. Pope Francis is on a week-long visit to Canada that centers on an apology for years of physical and emotional abuse indigenous children endured at mostly church-run boarding schools in Canada.

Between 1881 and 1996, more than 150,000 indigenous children were taken from their families and brought to residential schools to force them to assimilate into Christian society.

There were approximately 400 similar schools in the United States from 1819 into the 1970s.

The pope has called this a trip of penance.

Survivors like rose pipe-stem have long blocked out memories of abuse from the schools, until other survivors started sharing their memories of nuns beating students.

Pope Francis said the main focus of the trip is “healing and reconciliation” with indigenous communities.

He has promised a serious investigation of what happened and assistance for survivors to heal from their trauma.