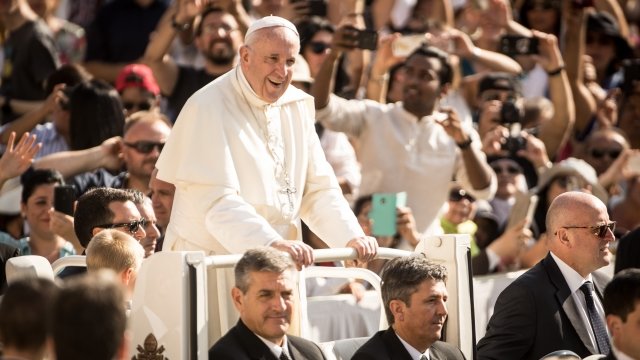 By Katherine Biek
September 25, 2018
While in Estonia on Tuesday, the pope admitted that the clergy sex abuse scandal is causing some people to leave the Catholic Church.
SHOW TRANSCRIPT

Pope Francis reportedly admitted that recent clergy sex abuse scandals have caused some people to rethink their membership with the Catholic Church.

While speaking to a crowd of people in Estonia Tuesday, he said, "We have to realize that in order to stand by your side we need to change many situations that, in the end, put you off."

Pope Francis' remarks were made the same day a report was made public about widespread sexual abuse inside the German Catholic Church.

The report was commissioned by the German Bishops' Conference and covers a span of almost 70 years. It found that, during that time, more than 1,600 clerics abused at least 3,600 children.

Earlier this month, the Vatican announced Pope Francis will hold a summit with other top Catholic Church officials next year to discuss preventing clergy sex abuse.