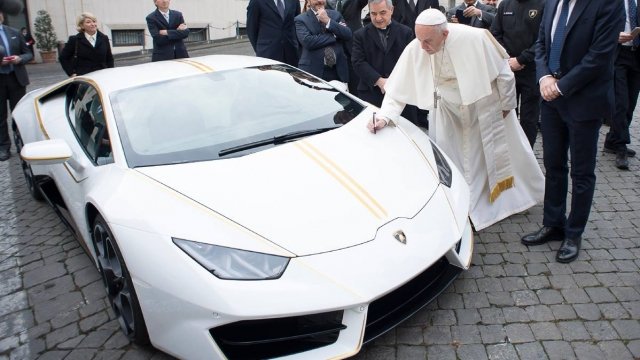 The luxury sports car maker presented the pope with the special edition Huracán outside his Vatican residence Wednesday.

Vatican Radio reports he said a blessing over the vehicle and even signed the hood.

But Francis won't be trading in the traditional popemobile for the swanky new ride. 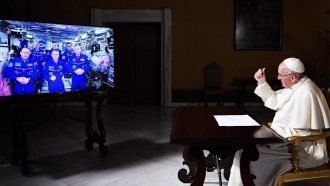 The Pope Calls Space And Gets Deep With Astronauts

The car will be auctioned off by Sotheby's in London. And the proceeds will go to four different charities in the pope's name.

Base price for the Huracán typically starts around $200,000. But the pope's customized wheels will likely sell for a lot more.

In 2014, a Harley-Davidson motorcycle donated to Francis raked in more than $285,000 at an auction in Paris — tens of thousands of dollars more than the listed presale price.

Lamborghini says the car will be auctioned off in May 2018.