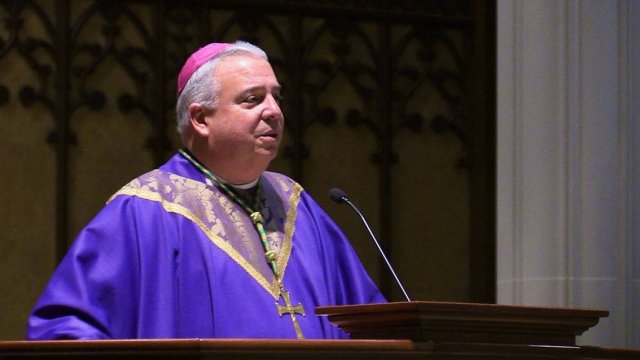 "Well, needless to say that this is a surprise," Perez said.

The Archdiocese of Philadelphia will soon have a new leader.

On Thursday, Pope Francis tapped Nelson Perez to be the next metropolitan archbishop of Philadelphia. He's currently the bishop of Cleveland, but he spent much of his early pastoral career in the Philadelphia area.

Perez will succeed Archbishop Charles Chaput, who was appointed back in 2011. He announced his retirement after his 75th birthday, in keeping with church tradition.

Chaput has become known as a theological and political conservative. Perez, on the other hand, has been a vocal advocate for immigrants and has criticized President Donald Trump's family separation policy.

Perez will assume his new post Feb. 18. He'll be the first Hispanic archbishop to lead the region.