Pope Francis: 'There Is No Time To Lose' On Climate Action 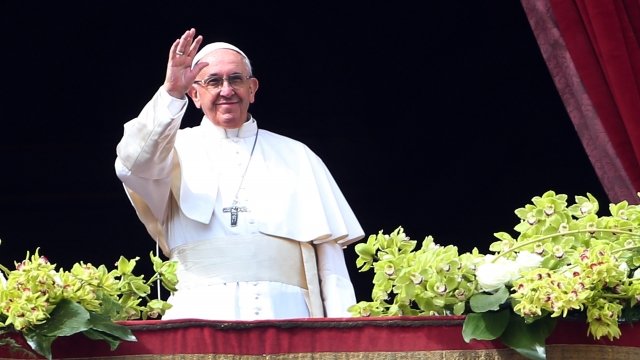 Pope Francis gathered a number of oil executives and money managers at the Vatican on Saturday to discuss the environment and clean energy.

The Pope has long supported climate action. Saturday's conference was reportedly meant as a follow up to an encyclical he published three years ago in which he called on people to save their "common home" from climate change and environmental disasters.

Francis said Saturday that while the oil and gas companies have made progress toward cleaner fuel and more climate-friendly business practices, there was still more work to do. And he told those gathered at the Vatican, "there is no time to lose."

Reports seem to agree. On Thursday, Norwegian energy company Equinor said the global transition to more sustainable energy was happening too slowly to meet the 2 degree target agreed to in the Paris Climate Accord.

And a report released Friday found that carbon dioxide — a main driver of global warming — hit record high concentrations in Earth's atmosphere in April and May.