Pope Francis Married This Lucky Couple On An Airplane 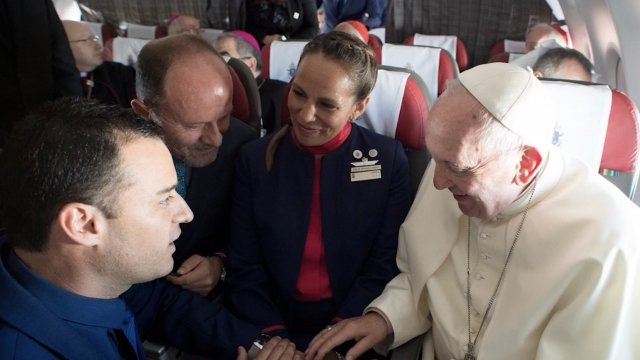 SMS
Pope Francis Married This Lucky Couple On An Airplane
By Briana Koeneman
By Briana Koeneman
January 18, 2018
The pope conducted an impromptu wedding for two flight attendants during a short flight out of Chile's capital Thursday morning, according to CNN.
SHOW TRANSCRIPT

Love was truly in the air for these two flight attendants after Pope Francis offered to marry them on board an airplane.

According to CNN, the pope conducted the impromptu ceremony during a short flight out of Chile's capital Thursday morning.

The lucky couple was supposed to have their wedding in 2010. But the devastating earthquake in Chile that year destroyed the church they were set to get married in, so they opted for a civil ceremony instead. 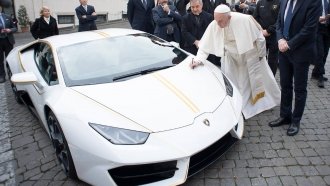 After hearing their story, Pope Francis reportedly asked if they would like him to marry them. And they agreed immediately.

The pope blessed their rings, the CEO of the airline served as a witness and a cardinal on board the plane wrote the wedding certificate by hand.

The Vatican says this is the first time the pope has conducted a marriage ceremony midflight.