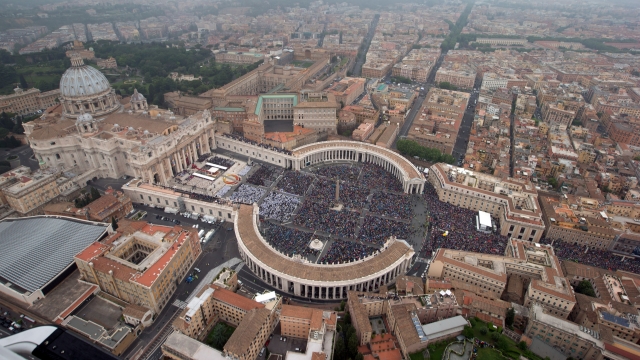 It requires anyone living and working in the Vatican or Vatican institutions to report sexual abuse of a vulnerable person immediately when they learn of an allegation.

It also pushes for increased screening during the hiring process, as well as training on how to protect vulnerable people.

The new regulations also ban any sort of corporal punishment, as well as employees asking kids if they can keep a secret, or filming or taking pictures of a child without written consent by their parents.

This is the first time the Vatican has required Catholic officials to report such crimes or face penalties.  Offenders will be fined up to 5,000 euros. If the offender is a Vatican police officer, they could go to prison for up to 6 months.

It's also the first time legislation has provided a clear definition of "vulnerable persons." It is now defined as either a minor or anyone who has a disability or illness that prevents them from understanding or resisting the abuse.

The statute of limitations is 20 years, or 20 years after turning 18 if the victim is a minor. The accuser will be protected from any retaliation, while the accused will have the right to a fair trial. The law goes into effect June 1.