Pope Francis Calls On Catholics To Be More Understanding 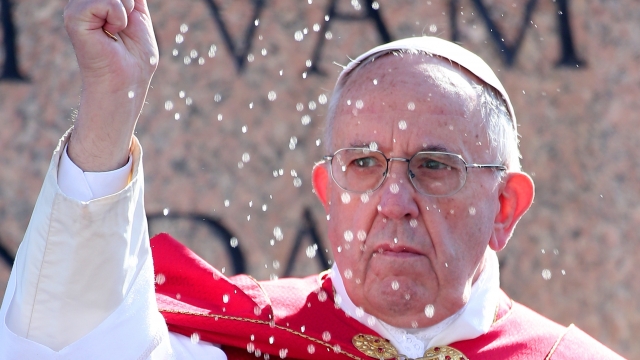 Pope Francis wants the Catholic Church to be more understanding about the way society is changing — without undermining Catholic teachings.

And he wrote a massive document called "The Joy of Love" to make his point.

In the document, which he released Friday, he wrote, "Every person, regardless of sexual orientation, ought to be respected."

And if that line sounds familiar, that's because he said something pretty similar in 2013, shortly before he started writing the document: "If someone is gay and is searching for the Lord and has good will, then who am I to judge him?"

The pope didn't condone gay marriage, divorce or abortion in the document, but he did say the Church should be more supportive and inclusive of people despite their choices.

The document continued, "Each country or region ... can seek solutions better suited to its culture and sensitive to its traditions and local needs."

This video includes clips from the Vatican, Arirang and an image from Getty Images.