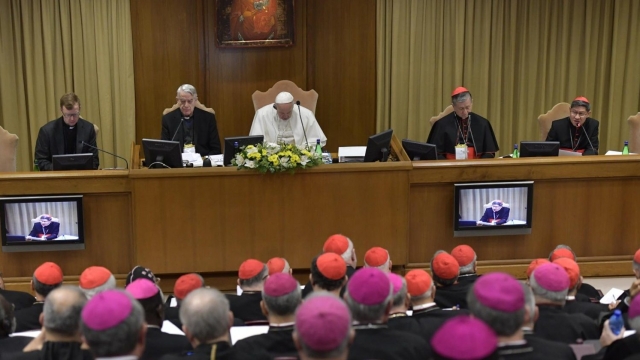 "Upon our meeting lays a burden of pastoral and ecclesial responsibility that compels us to discuss together in a frank and in-depth way how to tackle this evil that afflicts the church and humankind at large," Pope Francis said.

Pope Francis opened the four-day summit at the Vatican by calling on clergy members to take immediate action against the sexual abuse that has plagued the church for years.

"The holy people of God are looking at us and expect of us not simple condemnation but concrete and effective measures to put in place. We need to be concrete," Pope Francis said.

The pope didn't elaborate on those concrete measures. But he did hand out a list of 21 "reflection points" for the summit. Those points include establishing a specific protocol for handling accusations against bishops and offering survivors everything they need for a complete recovery.

As the summit continues, leaders will participate in small-group discussions and a penitential ceremony involving sex abuse survivors, among other events.