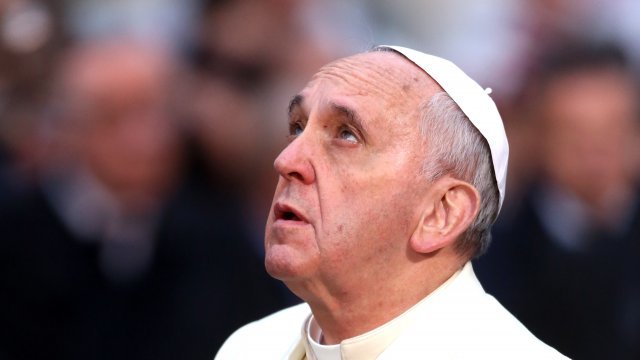 Pope Francis said he felt "pain and shame at the irreparable damage" caused by the Vatican's sex abuse scandal.

During a visit to Chile, Pope Francis asked forgiveness for the Vatican's role in covering up sexual abuse by priests.

In a press conference with Chilean President Michelle Bachelet, Francis told reporters he felt "pain and shame at the irreparable damage caused to children" by the Vatican scandal.

Sexual abuse in the church is an especially controversial subject in Chile — in 2011, a priest was found guilty of abusing children over several decades. Francis is under fire for appointing a bishop in 2015 who worked under that priest.

Pope Francis also isn't very well-liked in Chile right now. When asked to evaluate his performance, Chileans gave him a 5.3 out of 10 on average — the lowest score for any pope to date.

Francis is scheduled to meet with migrants and representatives from Chile's indigenous people during his visit. But it's not yet clear if he'll meet with any sexual assault survivors.