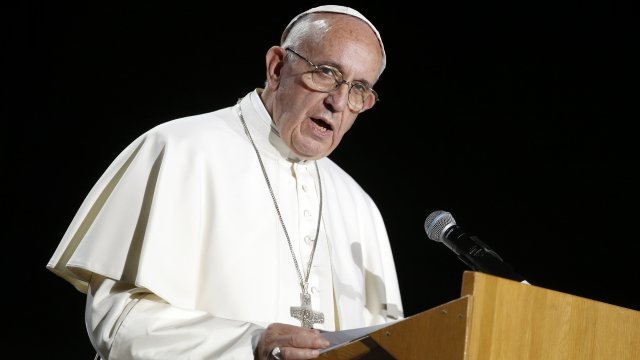 By Cristina Mutchler
September 21, 2018
That means a total of seven bishops in the country have stepped down this year during an investigation into widespread sexual abuse in the church.
SHOW TRANSCRIPT

That brings the total number of Catholic bishops who've stepped down in Chile to seven as the country faces an investigation into widespread sexual abuse by clergy members.

Earlier this year, all 34 of Chile's bishops at the time offered up their resignations during an emergency meeting with the pope. The move followed a Vatican report alleging abuse claims weren't acted on or were covered up. Chilean authorities are also investigating.

The South American country isn't the only part of the world dealing with sexual abuse within the church.

The church appears to be taking some steps to address the issue, beginning with Pope Francis' letter to Catholics condemning the abuse and calling for accountability. The U.S. Conference of Catholic Bishops announced Wednesday it plans to set up a third-party reporting system and create policies that restrict clergy members accused of abuse.

But some say the church's response to the crisis still isn't enough.

Catholic bishops from around the world will meet at the Vatican in February to discuss ways to prevent sexual misconduct.