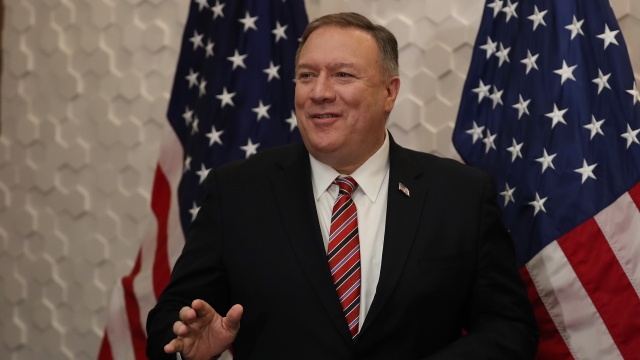 Secretary of State Mike Pompeo says the U.S. needs "demonstrable evidence" that the Taliban is reducing violence in order to restart peace talks with Afghanistan and bring home U.S. troops stationed there.

The Associated Press reports Pompeo made the comment while at a press conference in Uzbekistan. He said "We’re working on a peace and reconciliation plan, putting the commas in the right place, getting the sentences right."

Pompeo says the U.S. got close to an agreement with the Taliban before, but the extremist group failed to demonstrate a reduction in violence.

The secretary of state's comments came shortly after a U.S. diplomat told Afghan President Ashraf Ghani that "no notable progress" had taken place with the Taliban.

The Afghanistan war has been going on for nearly two decades. About 14,000 U.S. troops are stationed there. Most are part of a NATO mission called Resolute Support focused on training, advising and assisting Afghan forces.

Additional reporting by Matthew Lee of the Associated Press. Contains footage from CNN.