China Chalks Up A Win In Singapore, But Tariffs Could Spoil The Mood 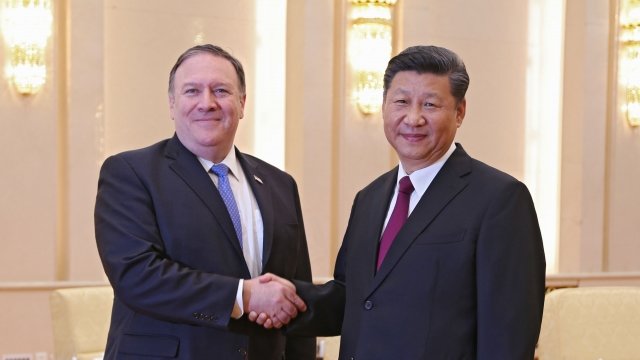 SMS
China Chalks Up A Win In Singapore, But Tariffs Could Spoil The Mood
By Matt Picht
By Matt Picht
June 14, 2018
China is likely pretty pleased with how the U.S.-North Korea summit went. But the country might soon face tariffs from President Trump.
SHOW TRANSCRIPT

Secretary of State Mike Pompeo's visit to China this week comes as both countries are reveling in the aftermath of the Singapore summit between the U.S. and North Korea.

Even though China wasn't part of the talks, the country still came out ahead thanks to President Donald Trump's vow to end U.S. military drills with South Korea. China views those drills as provocative and has called for their suspension. 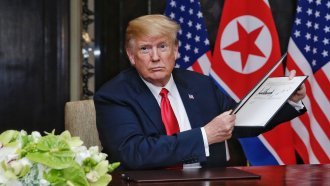 Trump And Kim's Singapore Agreement Looks A Lot Like Past Agreements

But the White House might soon spoil China's good mood. Trump is reportedly putting the finishing touches on a $50 billion package of tariffs targeting Chinese imports.

The sanctions package was first announced in April and was meant to punish China for co-opting U.S. tech developments. China has compiled a list of retaliatory tariffs it could levy against the U.S. in response.

The trade threats could push China further toward offering sanctions relief for North Korea, something it floated in the summit's aftermath. But Pompeo says the two nations are in lockstep on maintaining sanctions.