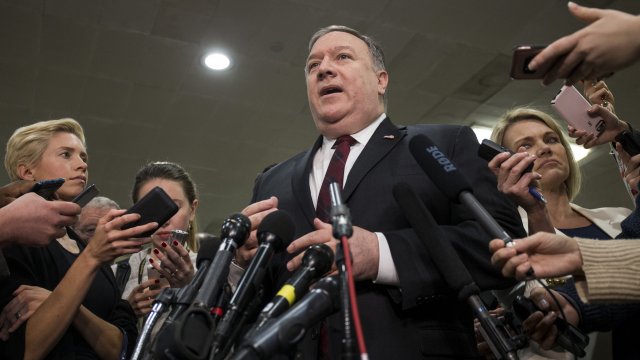 U.S. Secretary of State Mike Pompeo made an unexpected stop in Iraq during his Middle East tour.

Pompeo met with several leaders in Baghdad Wednesday, including the Iraqi president and prime minister.

According to the State Department, they discussed efforts to defeat ISIS in the region and U.S. support for the new Iraqi government.

This is Pompeo's first time meeting the new government officials in person. It comes as world leaders question President Donald Trump's decision to pull American troops out of Syria.

Pompeo's Middle East trip is expected to focus on a few themes: the U.S.'s commitment to the region and keeping the pressure on Iran, which the Trump administration says was violating the terms of its 2015 nuclear deal.

So far, Pompeo's also stopped in Jordan. He's expected in Egypt, Saudi Arabia, Kuwait and five other countries in the next week.