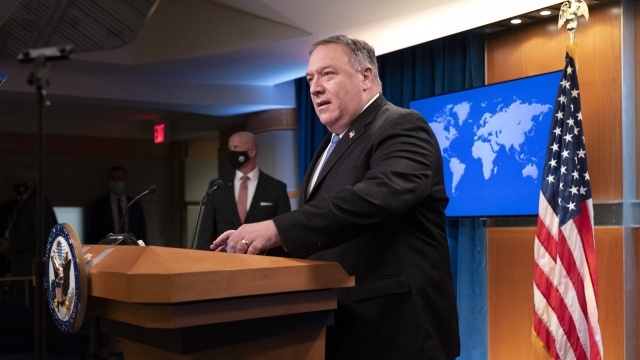 SMS
Pompeo: U.S. Will Have Smooth Transition To Next President
By Newsy Staff
By Newsy Staff
November 11, 2020
U.S. Secretary of State Mike Pompeo told Fox News the nation will have a smooth transition to the next administration.
SHOW TRANSCRIPT

The U.S. Secretary of State said in a Fox News interview the U.S will have a smooth transition to whoever wins the presidential race.

"We'll have a smooth transition, and we'll see what the people ultimately decided when all the votes have been cast," said U.S. Secretary of State Mike Pompeo. "We have a process, Bret. The Constitution lays out how electors vote. It's a very detailed process, laid out. We need to comply with all of that. And then I am very confident that we will have a good transition."

Mike Pompeo raised concerns yesterday after telling reporters there will be a smooth transition to a second Trump administration. Pompeo also responded to a number of foreign leaders who have congratulated Biden.

Pompeo said there is only one president, one secretary of state, one national security team at a time.